5 Reasons Why People Remain in Debt 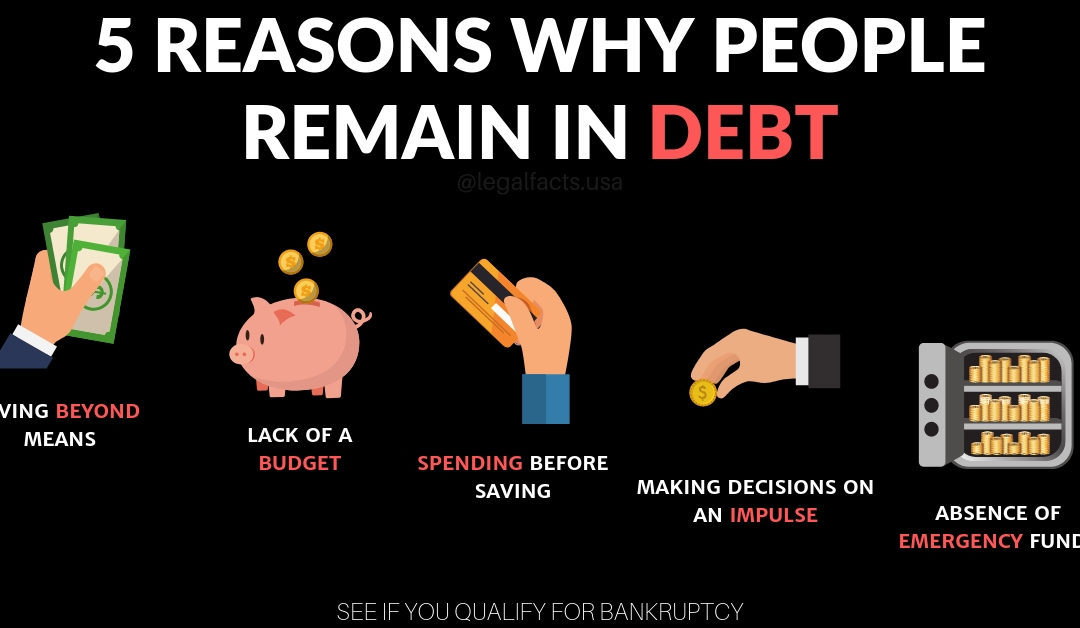 It’s important to learn why people remain in debt and can never seem to get out. This is especially true if you’re one of them!

Don’t worry, you can get out of your debt. No one is doomed to his/her debts. However, one must learn why he/she is (always) in debt in the first place.

Here are the 5 major reasons for remaining in debt:

These are some of the reasons why people remain in debt. If you sound anything in the list above, it’s time to consider handling your debt well and prioritizing your budget carefully.

If you think you’re on a verge of bankruptcy, consult a bankruptcy lawyer to give you legal advice on the matter.