66% of Americans Count Their Debt Level As A Problem 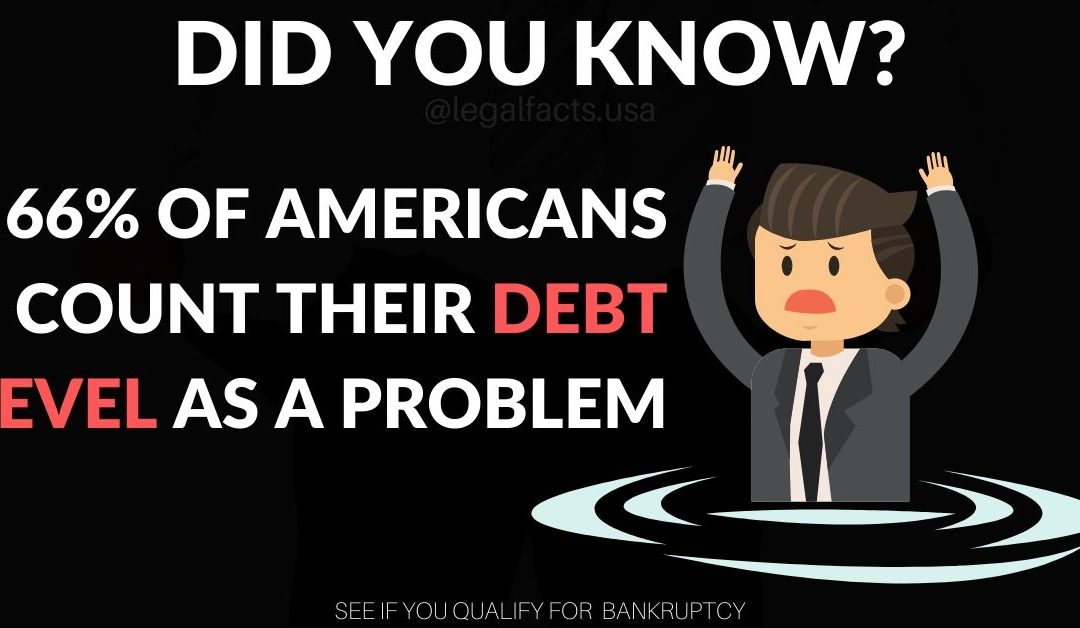 Do you know that many Americans – as many as 66% – count their debt level as a problem? In today’s population, that’s around 215.9 million people!

The USA is one of the richest country (more or less the richest) in the whole world. Yet, how come hundreds of millions of Americans suffer from debt problems? Aren’t we supposed to live a very financially prosperous life? You should also take note that among these people who suffer from debt problems are middle-class and, sometimes, even the rich! And more or less, you are part of this 66%. Read more to know why we have such a big debt problem, and above all, what can you do to live free from debts!

America’s Debt Help Organization listed the 4 common debt type in America today. Keep in mind that these debts are steadily growing over time. They are:

The numbers are only increasing as I have written this and you read this! And the numbers are truly whopping – we are in big debt! But, it is important to take note that they are not necessarily bad debts. Some debts can be useful, based on the type or the purpose of the debt. Some debts are also reasonable, such as the student loan.

Our main problem is not the amount of debt taken, but why are we in debt in the first place. Many of our debts are taken not for profitability’s sake (such as a business loan), but merely out of luxury or want. In short, our main problem is too much consumerism – we buy a lot of stuffs we don’t need, we spend more than we save (until we’re short for the month, so we take debts) and we take loans not because we need it, but because we need to “keep up with the Joneses”. Sounds familiar?

If someone gives you a choice between a chocolate bar (pick your favorite brand!) or a 10 oz of silver – and you can have them for FREE, but pick only ONE – which would you choose?

If you pick a big bar of Toblerone or Cadbury… you lose, and I’ll explain shortly why. Sadly, many people chose the chocolate bar over 10 oz of silver (which is valued at $150!)

Here’s the problem: Many people don’t even know the financial value of what they’re getting. Many of us focus on consumption (too much consumerism, right?) over production and income growth. We don’t even think much about our money other than for questions like, “Do I have enough money to buy it?”, “I don’t have money, where can I borrow some?” and “How can I repay my debts?” And this cycle will spin again and again – mainly because we lack financial literacy.

Many people drown in their debts, and some even file for bankruptcy, because they don’t know how to manage their money well. If you want to learn how to manage your money properly and live debt-free, I’ve written an article about that.

Now that we know why many Americans have a big debt problem, it’s time to know what you do to take control of your debts problems. We will break each debt problem into three “stages” and see what can you do depending on what stage you are currently now.

Here are the 3 stages:

This is the stage faced usually by those who are just starting at life – the young people, fresh graduates, etc. Take note that, for our purposes, we exclude student loans – which is typical for any college graduate.

At this stage, it’s even possible you don’t have debt problems (other than recurring debts that are easily paid). However, the person spends more than he/she saves, occasionally taking debts (mainly because he spent his money than he earned it) and, because he/she wants to explore the beauty of life, decided to take a big loan of either a car or a house (not to mention he/she have a student loan weighing on him/her already!)

Although reckless spending and occasional debt are noticeable, the person doesn’t take his/her debt problem seriously. He or she is in the mood to just enjoy things; enjoy now, set aside debt problems, and we’ll just get to it!

If you’re on this stage, you’re in most luck because you can put a stop to your debt